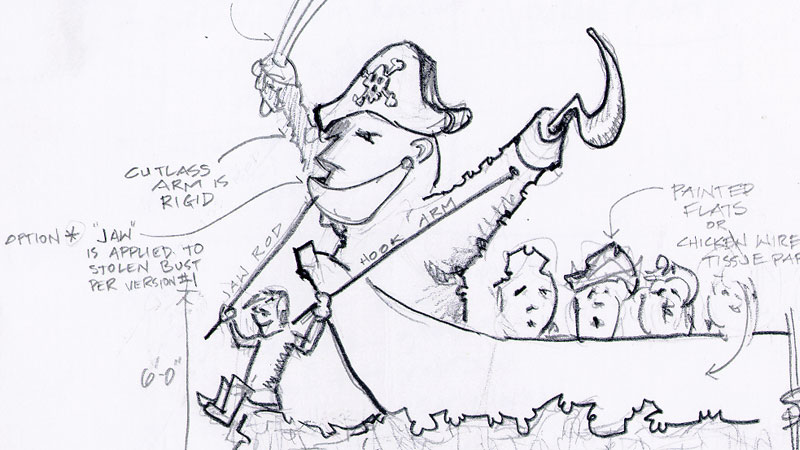 I created this for the movie Dumb & Dumberer, a prequel to the film starring Jim Carey and Jeff Daniels.

In the film’s third act the boys convert a parade float modeled after President George Washington into a tribute to their very own school principal, played by Eugene Levy. During pre-production I sat with director Troy Miller and made this and other sketches for the gags he wanted to use in this scene. 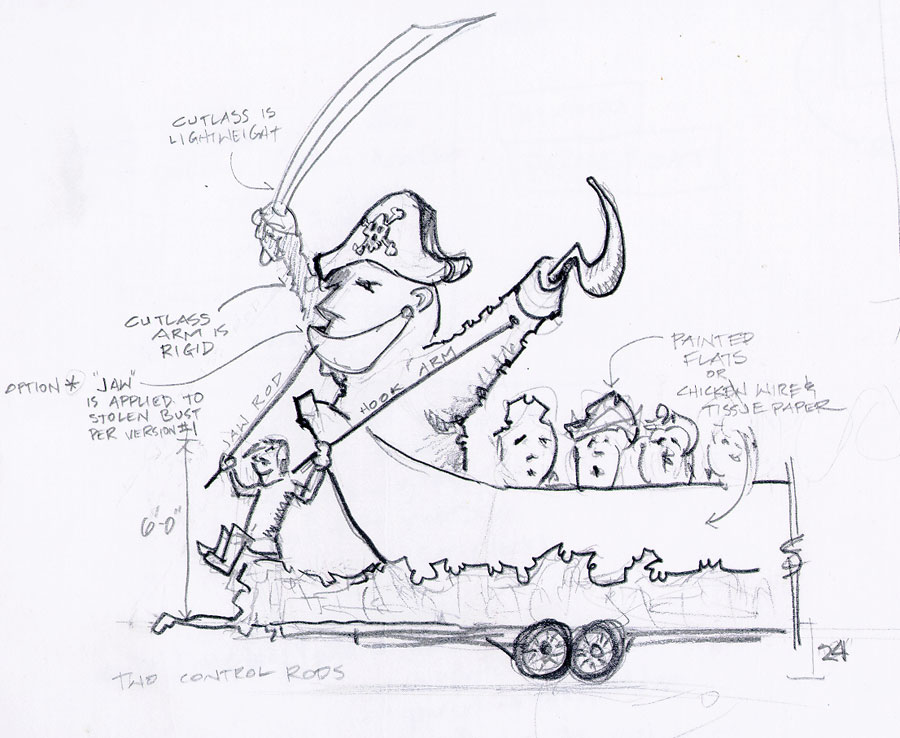