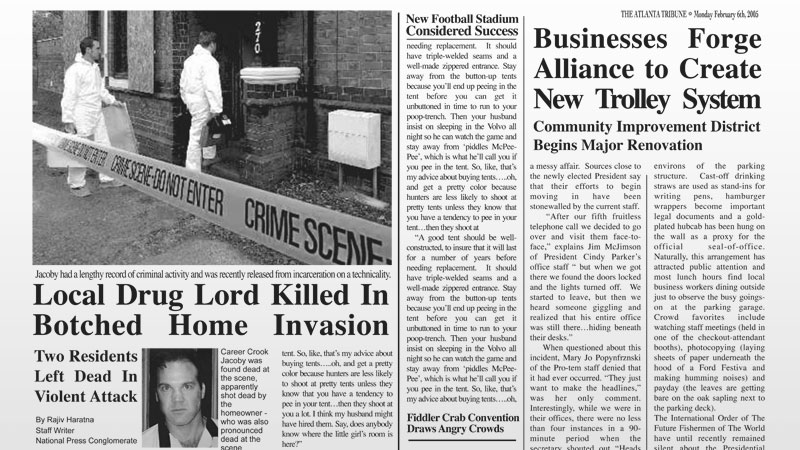 I created this newspaper prop as a favor to some friends working on a locally produced low-budget thriller based on an entry the producer had previously submitted to the 48 Hour Film Festival. The straight-to-DVD movie starred Steve Barnes, a then-popular Atlanta disc jockey.

The hero photographs in the newspaper were supplied to me by the production company, the hero headlines were scripted, and the generic copy too small to read on-camera was borrowed from stories I’d written previously.

Printed onto newsprint and made as a wrap to an existing newspaper.