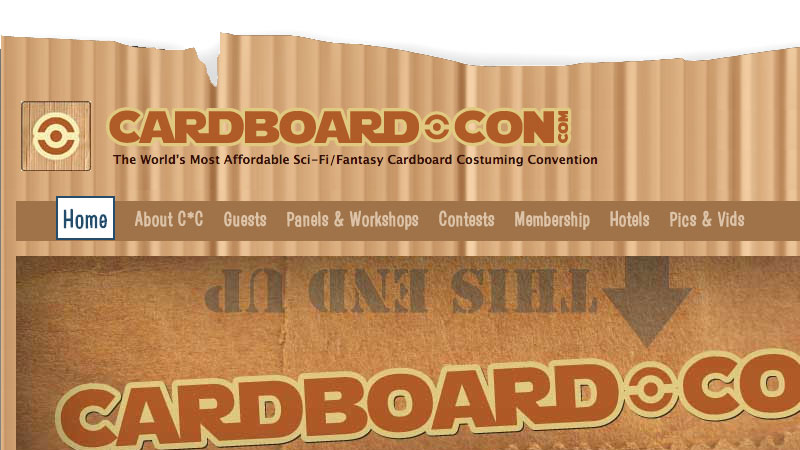 I founded Cardboard*Con as a lark, in 2010, following more than 5 years of silliness appearing with some friends as “The Cardboard Troopers” at Dragon*Con. The joke had run its course and there seemed little left for us to do, and then one day I woke up with an idea: “What if we started our own science fiction convention where all the guests made their costumes out of cardboard??!!”

Thankfully, I was blessed to know a tremendous group of true sci-fi nerds and all around good sports who were just the sort of people who’d show up to an all-cardboard convention. We had about 20 people in attendance the very first year!

In the early days of the event I intentionally made the website as rudimentary and clumsy as my own style of cardboard costuming; the raw, unstyled HTML of the website was part of the same joke. In the wake of the 2nd year of Cardboard*Con I decided to create a full-fledged website to showcase the glory of our 1-day convention and by the 3rd year of the event (2012) we had a terrific website and people began to take our event more seriously… which was funny because we were hardly a real sci-fi convention yet!