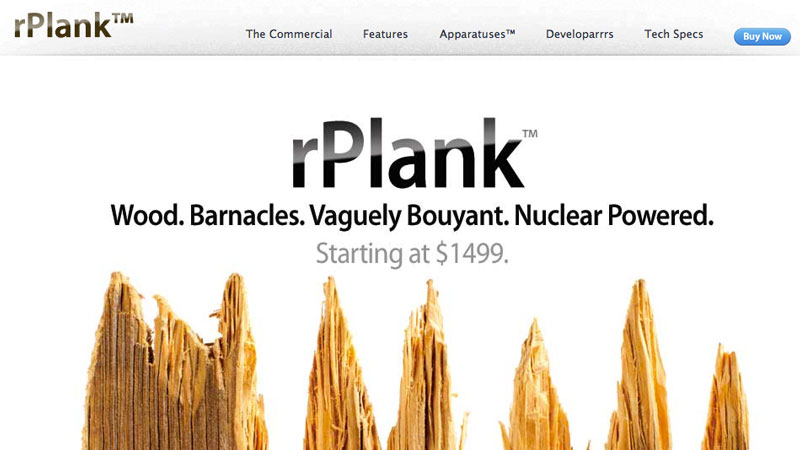 The rPlank™ is a device invented by my client, Captain Drew (the space pirate). Described as a versatile platform for running an endless variety of 3rd party apparatuses (called “apps” for short), the rPlank™ has been referred to by some as an “iPad for pirates”.

The rPlank™ website was designed as an homage to Apple’s own iPad website, but with a decidedly piratic twist. The site features copious photography from the rPlank™ commercial, illustrations (by me), and product-specific copy (by me) that I hope might make you giggle out loud.

The site is entirely hand-coded and took about a month to produce (not counting the photography and model-making associated with the rPlank™ itself).